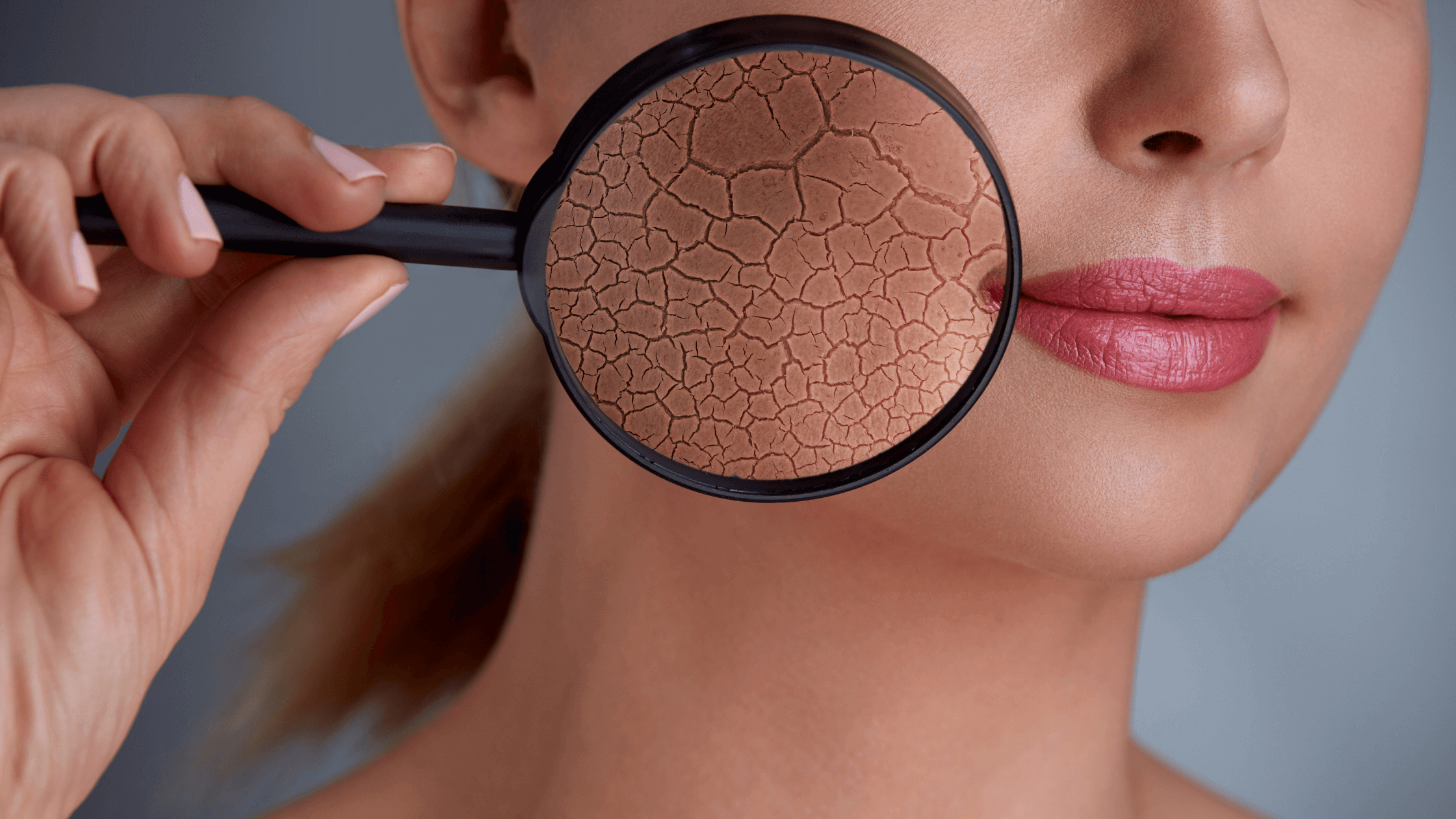 There is no ‘Standard state’ of our skin. Our skin continuously changes with time, age and climate. You might have noticed a difference in your skin after reaching puberty. Also, you might have seen that your skin changes before the period starts and during the Menstruation cycle. The difference in the skin’s state before and during the menstruation cycle is the hormonal fluctuations. In this article, we will see the skin problems that women face during the Menstruation Cycle.

Acne is the most common problem that women experience during periods. Hormonal breakout due to period is common during the perimenstrual phase. The perimenstrual phase is the phase of 10 days before periods and the bleeding days. When combined with dead skin cells from within the pore, it causes a blockage. The blocked pores can trap all the excess sebum that results in acne problems. However, the reason for hormonal acne is still not yet confirmed, but a theory suggests that; before the start of the period, due to low estrogen levels, it cannot produce its anti-sebum effects. Due to low estrogen, androgen increases sebum production, which increases pore-clogging, which results in a habitable environment for period acne. Not only does the menstrual cycle or hormonal fluctuations cause acne, but there are also other factors such as genetics, diet, and stress that can result in acne.

Sweat and oil on the skin during Menstruation Cycle:

Skin produces excess sweat in the luteal phase when exposed to warmer climates compared to women during the follicular phase. The production of sebum might change throughout the menstruation cycle. Sebum is secreted and produced by sebaceous glands. During the start of puberty, there is an increase in the size of sebaceous glands. Oily skin is called Seborrhea in medical terms. One of the studies suggests that during the preceding week of the menstrual cycle and the week of the menstruation cycle, there is an increase in sebum production. Other aspects that play a critical part in the production of the sebum level and might trigger oily skin problems are genetics, seasonal changes, excessive sun exposure, overuse of skincare products, and misuse of skincare products.

Fluctuation in the hormonal level can have a severe impact on skin health during the menstruation cycle. To know how to take care of your skin during periods, Click here to read the full article.