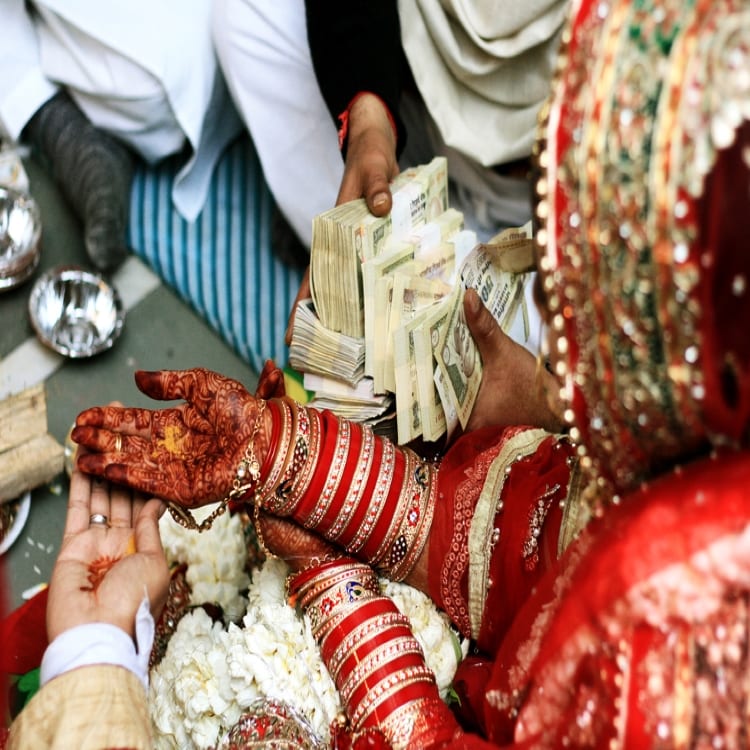 It’s time to say no to Dowry System.

Even in the 21st century, the Dowry system exists. After so many years of Independence, there are some parts of India where this  System continues. Even after so many laws initiated by the government, there is not a complete stop in this system.

Now what precisely the Dowry system is? It’s a system where the bride’s family gives money, gifts to the groom’s family. In a basic word, we can describe that it is an amount of money or property brought by a bride for her husband on their marriage. Even some families demand a massive amount from the bride’s family, which is very difficult for her family to arrange. If her family arranges, they require more, and if they are not able to organize, then the brides are abused by her in-laws, and even they don’t get support from her husband.

Dowry isn’t a one-time procedure; it continues after marriage, and if the bride is not able to fulfill the greedy demands of their in-laws, then her in-laws start to harass her, which leads to bride death. The brides burned, brutally beaten, and severely injured.

Every family who had girls in their family during her marriage faces the charge of dowry. It’s a massive burden in our society. The bride’s family starts to collect and save money, and even they take loans from their family and friends, which is very difficult for the bride’s family to repay it. Also, there is some situation where to fulfill the demands of the groom’s family; they sell their house in which they reside.

Why it is only the bride’s family who gives the dowry, why not groom’s family? A girl leaves her house and goes to her groom’s house, and the girls get separated from her family and join a new family. But then too, the girl will have to bring dowry from her home. It encourages female foeticide due to gender inequality, and most the family cannot afford the wedding expenses.

It is a social stigma that needs an end. Every girl should go to her in-law’s house with pride. There should be more strict rules to end the dowry system. In India, every 5 out of 10 families face the dowry system. We, the youth of this generation, can stop it by not supporting the act. We can make awareness campaigns, and we can end this system.